We use some essential cookies to make this service work.

We'd also like to use analytics cookies so we can understand how you use the service and make improvements. 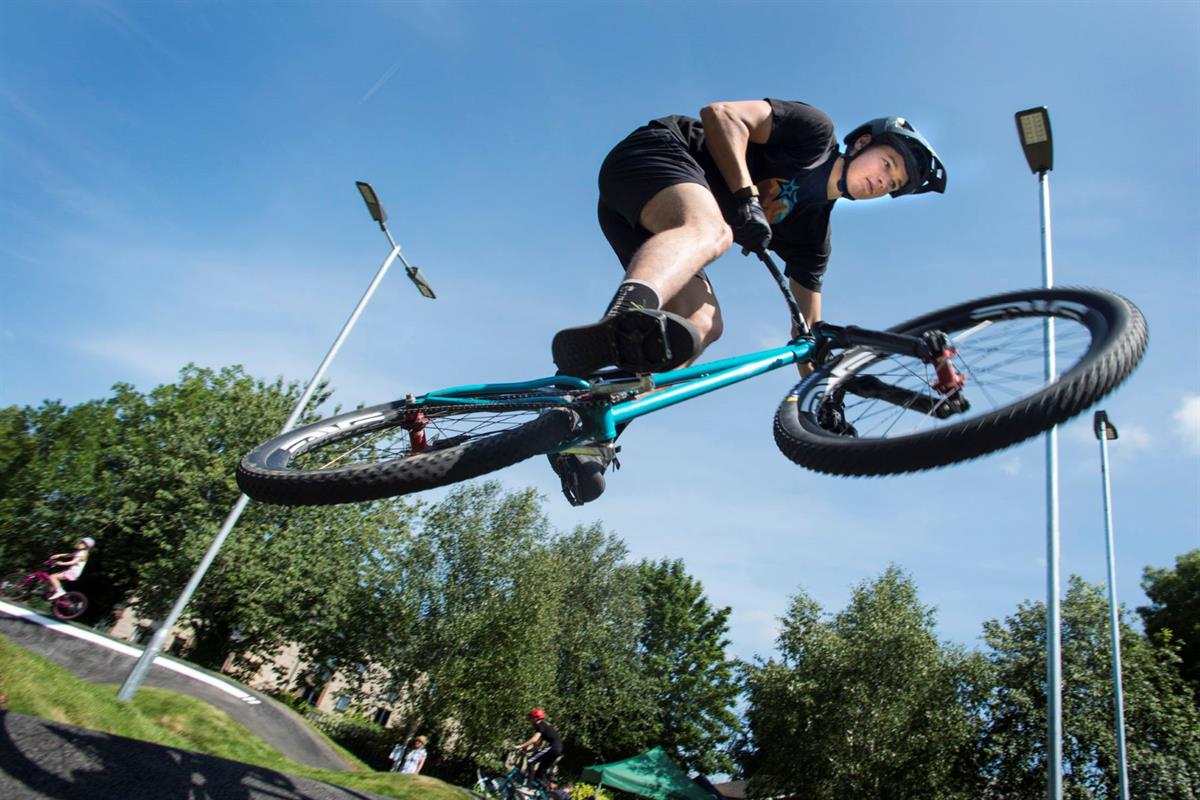 The multi-use pump track is now open!!!  The opening event on Saturday 16th July was a huge success with lots of people attending.  Bikes, Scooters, Roller Blades and Skateboards have all been round the track.  A BIG THANK YOU to pro rider Tom Wilson for attending the event and passing on his knowledge and tips to the children.  Lots of pictures and video’s were taken at the event  – visit our facebook page – https://www.facebook.com/settlepumptrack/ to view them.

Future plans for the site include a youth shelter to be sited alongside the track, additional seating / bins and the lighting to be connected.

A shortfall in funds due to increased electricity supply and connection costs and the addition of a replacement youth shelter has meant the Town Council will be applying to the Secretary of State of Levelling Up Housing and Community for a PWLB to cover the shortfall.

The result were in favour and an application has been made.

The project should be fully completed by 31st March 2023.

A Public Survey in December 2020 asked  if there was support to locate a skate/pump track facility in Millennium garden that the Town Council own and manage. Following the public survey a “youth survey” was sent out to the following schools: Settle College, Settle Primary School, Giggleswick Primary School and Giggleswick School. There was a great deal of support expressed from both surveys and the results showed a great need for this type of facility.

Comments received included: “I think a pump track is a great idea and upto modern times. I know the skate park is an old idea but a pump track would be better”. “It would be great to have one”. “A pump track would be much better than a skate park”. “I think it would be a great addition to the area”. “This would be amazing for the local children”. “How fantastic that Settle, after all this time is thinking of the youth in the area. Finally something to benefit the kids to enjoy and a reason to get out of the four walls they have been confined to”.

Worryingly the survey also highlighted that children are riding their bikes, scooters and skateboards in unsuitable areas around Settle, including carparks.

The steering group has continued to meet numerous times and a specialist contractor has now been awarded the tender. We are delighted to confirm that “Conservefor” have been chosen to design and build the pump track. We are also pleased to be working again with our project manager Sean from STAL UK.

Funding is still in place and we are extremely grateful and would like to thank our funding supporters that have stuck with us during these difficult times.

Conservefor’ Design for the Pump Track at Millennium Garden

Is this page useful?

Thank you for your feedback